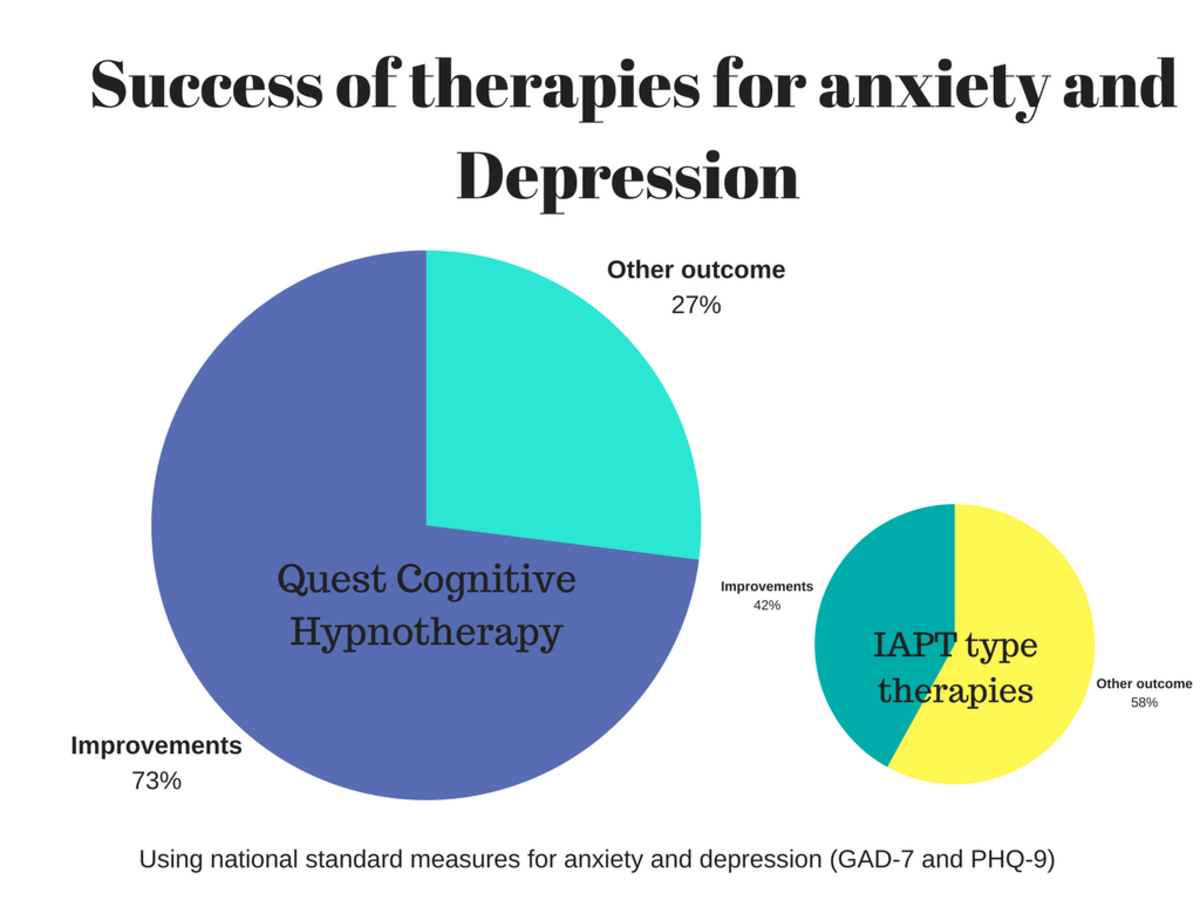 Many of the people who took part had high levels of anxiety and/or depression before treatment (e.g. anxiety disrupting their lives), and felt significant improvements or even recovery, after treatment. This response to treatment for anxiety and depression is significant. The research suggests that Quest Institute Cognitive Hypnotherapy compares favourable against other types of talking therapies. For example, talking therapies used by IAPT (Improving Access to Psychological Therapies project), such as CBT, on average have a success rate of 42%. This makes one-to-one Cognitive Hypnotherapy an important treatment option for people with high levels of anxiety and depression.